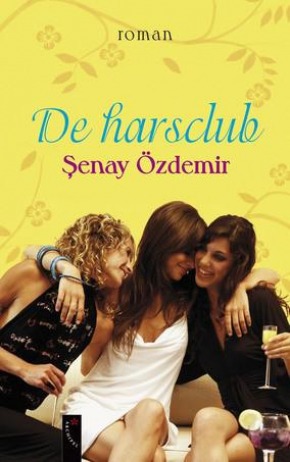 The Wax Club, the debut novel of Senay Ozdemir offers a fascinating story about mediterranean women in the West with a very fresh perspective.

Once a month they come together in this small, enchanting apartment: Arzu, 28, Yelda, who just turned 31, and Bahar, 27 years old. Bahar, an account manager at a big bank, lies with her legs spread in front of the esthetician who is busy with herbikini wax. Her friends, who are waiting for their turn, sit around the salon table drinking tea and gossiping. Usually Bahar participates in their conversation, but not now. She yelps in discomfort.  “Ouch! That hurts!” Bahar’s face grimaces as the esthetician pulls sharply, ripping her kinky nether hairs from their follicles. Arzu and Yelda can’t help but laugh at the funny faces Bahar makes when she is in pain for her vanity.

For years she tried to shave herself down there, with all the physical frustrations associated with this chore. Her arms were too short to comfortably reach her most intimate parts and she oftentimes contorted like an acrobat when she tried to bend her leg back behind her ear to get a clean shave into her bikini line. Her weekly yoga sessions helped, but there was only so much she could do to improve her flexibility. When she was having a particularly difficult time, you could even find spots of shaving cream along the vulva. She wished she had never begun shaving there. With every session, the spot that had to be shaved seemed to expand, the hairs grew ever thicker. And after she had examined herself with her wooden hand mirror, the only thing she could conclude was that it had been a ridiculous notion to shave herself there. And for what? Who would ever go near there, anyway? Yes, perhaps a gynecologist or someday a midwife, but even during  childbirth one could not see the pubic region of a woman really well, or even concentrated on that.  The baby coming out the vaginal canal was the focus.  She had seen that on many TV programs. Only a lover  would approach her that close and would see something of her area, covered with  pubic hair. But to be honest, she didn’t know when—and if—anyone would ever get down there.